Is Human Nature Social or Selfish ?

I recently had a chance to teach anthropology for the first time, after a school career with two anthropology degrees. One student asked "what does anthropology matter ? what difference does it make ?". Good , mature questions for a high school student.

One way that anthropology might help us in the here and now is to bring scientific and biological paleontological evidence, from the Stone Age 100,000's of years ago, to bear on the question of what is human nature today ? Is it human nature to be greedy and selfish like Wall Street billionaires ? Or is it human nature to share and  "love thy neighbor as thyself" ?

Homo sapiens (Latin: "wise man"(sic) ) is the scientific name for the
human species. Homo is the human genus, which also includes
Neanderthals and many other extinct species of hominid; H. sapiens is
the only surviving species of the genus Homo. Modern humans are the
subspecies Homo sapiens sapiens, which differentiates us from what
has been argued to be our direct ancestor, Homo sapiens idaltu.

What is humans' unique nature ? What is culture ?

For anthropology, culture is the unique species characteristic of
_homo sapiens_. In a sense, "culture" is another word for "wisdom",
from the notion that humans are the species _homo wise_. It is
humans socially learned practices, customs, language, traditions,
beliefs, religion, spirituality that make us "wise" in so many ways,
certainly clever and winners _as a species_ ( not just as a few "fit"
Individuals) in the struggles and snuggles to survive as a species.
Since the advent of civilization, sometimes it's not so clear how wise
our culture makes us. Therein lies the central drama of the history of
the human species. Nonetheless, clearly in the Stone Age, our having
culture was a highly adaptive advantage over species that did not have
culture , stone tools made through culture, etc, raising our species
fitness. This is evidenced by _homo sapiens_ expanding in population
and therefore migrating to an expanded area of living space across the
earth , out of what is now Africa to the other continents. Stone Age
foraging and kinship organized societies were the mode of life for
the vast majority of time of human species 'existence, 85% or more.

The first human societies had an extraordinarily high survival need to
be able to rely on each other at levels of solidarity that we cannot
even imagine. The intensity of the network of social connections of a
band of 25 to 50 people living in the ecological food chain location
would almost constitute a new level of organic organization and integrity above
individual bodies; ancient kinship/culture systems as super-organic bodies; the human social group
as harmonious multi-individual Body, organism. The Individual human bodies, all of the Some
Bodies , were very frail and weak relative to the field of
predators they were escaping. Up-right posture made them slower runners, too !
The dominance of the food chain that humans ultimately reached even in the Stone Age could be reached only by super-social , super internally-cooperative, super-intra-species harmony, because they had relatively_frail_ individual bodies, and needed each other's support. It is clear to me that natural selection picked hominid groups with policies of "love thy neighbor as thyself " and "charity" over those that might have derived principles of "selfishness and greed", if there were any in the Stone Age before Civilization. Institutionalized war would have 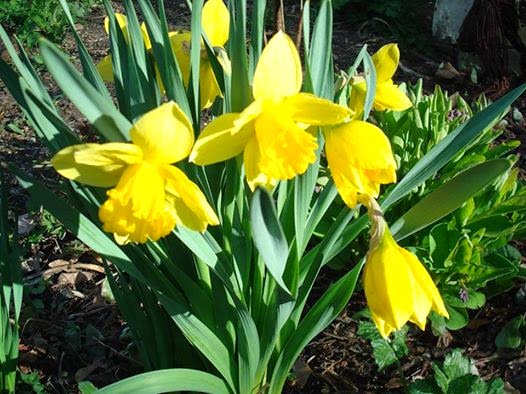 been selected against through
the whole Stone Age.  https://www.youtube.com/watch?v=Iq0XJCJ1Srw


OK, both. I could make arguments either way. People are social animals, but they also act in their best (often selfish) interests.

Charles Brown No, original humans relied more than other species on each other , on kinship relations. Human individual bodies were relatively frail and weak , and bi-pedalism made them slow runners. So, humans were very interdependent and highly social by nature. Our species name should be _homo socialis_. Selfishness and greed would have been selected against in the Darwinian sense. So, the answer is not both, but social. Greed and selfishness arise with civilization, after hundreds of thousands of years of "love thy neighbor as thyself" as the central principle of human societies , and the key to our adaptive advantage and ticket to the top of the food chain. Love thy neighbor as THYSELF is not self-less. It is wise in that the best way to love yourself is to get along with others well.

Now individual mortal beings, animals, do have an instinct of self-preservation, to avoid death. But dangers of death or injury did not come from other individuals of the same species. War is against our individual instinct and our species's original nature, which was peaceful toward other members of the species.

" The decisive battle between early culture and human nature must have been waged on the field of primate sexuality…. Among subhuman primates sex had organized society; the customs of hunters and gatherers testify eloquently that now society was to organize sex…. In selective adaptation to the perils of the Stone Age, human society overcame or subordinated such primate propensities as selfishness, indiscriminate sexuality, dominance and brute competition. It substituted kinship and co-operation for conflict, placed solidarity over sex, morality over might. In its earliest days it accomplished the greatest reform in history, the overthrow of human primate nature, and thereby secured the evolutionary future of the species."